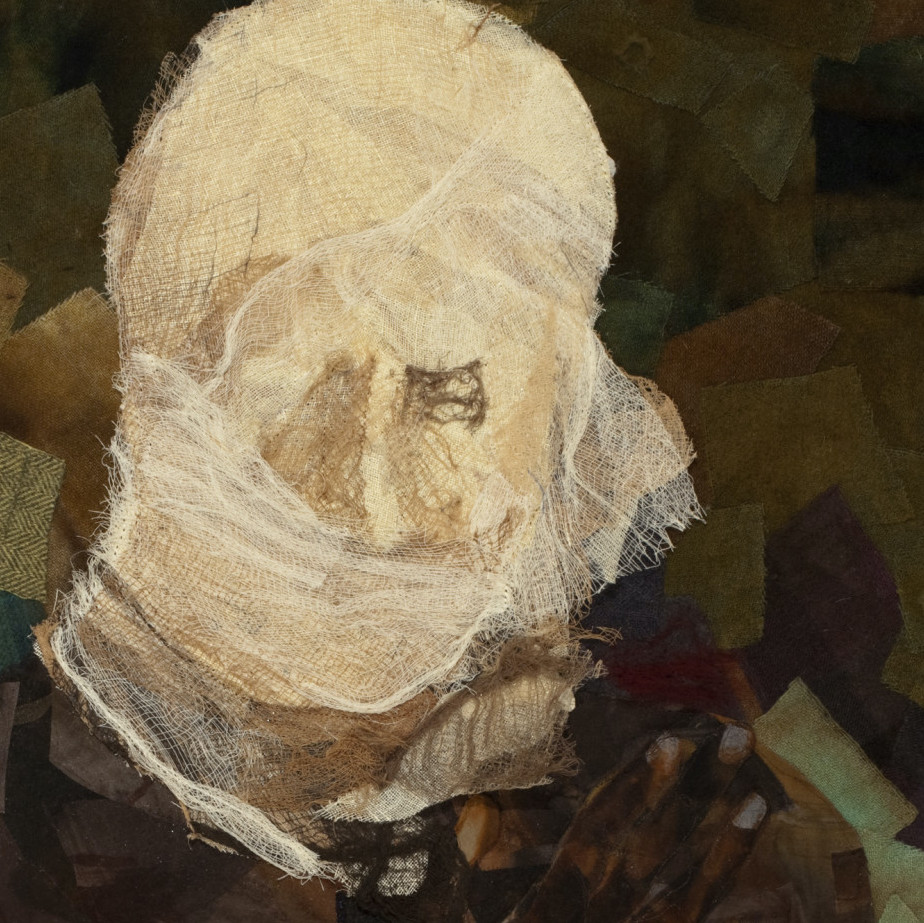 Fabric is Alice Beasley’s chosen medium of expression through which she creates realistic portraits of people and objects. Beasley finds color, light, shadow, line and value in the pattern of ordinary household fabrics. From these fabrics she snips small pieces which are arranged and fused into figurative compositions. As such, the work grows from within rather than being applied to the surface of a canvas by paint, pencil or similar drawing tools. When the image is complete, Beasley sews the composition together; the stitch line constituting the final “drawn” line.

Alice Beasley’s work has been exhibited in many venues throughout the United States including the American Folk Art Museum in New York and the Smithsonian Anacostia Museum. Abroad, her work has exhibited in countries around the globe, from Spain and France to Japan and Namibia. Beasley’s work has been purchased or commissioned by a number of private collectors and public entities including the County of Alameda, Kaiser Hospital, Highland Hospital and the Sunnyvale Medical Facility.

Alice Beasley was prompted to make Unidentified Black Male after the massacre at Sandy Hook Elementary in Newtown. Beasley states “As bad as Newtown was, the reality is that black children and teens are the primary victims of gun deaths. Of the 5700 children and teens who died from gunfire in 2008 and 2009, 60% were black, eight times the death rate for white children and teens. But, unlike Newton, these deaths are cloaked in anonymity and draw no concern from public or media.”

While the original impetus for Unidentified Black Male was young unknown victims of gun violence, this work urges us to consider the many unknown victims of police brutality and the overwhelming magnitude of how many people of color have been abused or murdered over the centuries; the loss of life appallingly excluded from justice and history.

No Vote, No Voice

One of our most important actions as citizens is exercising our right to vote. Over the years, the United States has taken steps forward in enfranchisement for citizens, as well as steps backward. Alice Beasley says she was inspired to make No Vote, No Voice when “In 2013 a conservative majority in the Supreme Court eviscerated the Voting Rights Act, thereby becoming complicit in the active suppression of the votes of minority citizens by state legislatures. Over the past six years—and for the first time since the Jim Crow era—nearly two dozen states have passed new laws making it harder to vote.” Voting challenges continue today and extend beyond legislative injustice with concerns about COVID19 and the US Postal Service. Nevertheless, we must persist! Your vote is your voice, so let it be heard. To register to vote, check your registration and get important voting dates, visit: https://www.vote.org