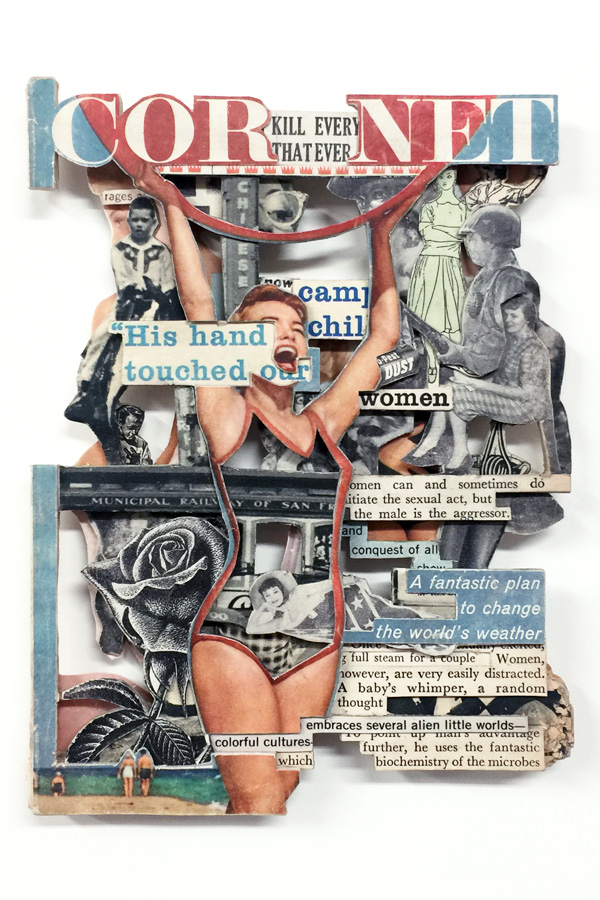 Brian Dettmer (b. 1974, Chicago, IL) lives and works in Brooklyn, New York. He has been the subject of solo exhibitions at numerous institutions including the Hermann Geiger Foundation, Cecina, Italy, The International Museum of Surgical Science, The Museum of Contemporary Art of Georgia, and the Virginia Museum of Contemporary Art. His works have been exhibited at the Museum of Arts and Design, The Renwick Gallery of the Smithsonian Institute, The Chicago Cultural Center, The High Museum, and the Perez Art Museum among others. Dettmer’s sculptures can be found in the permanent collection of several institutions including the Smithsonian American Art Museum, The Art Institute of Chicago, The High Museum, and the Yale University Art Gallery. He has been featured in several publications including The New York Times, The Guardian, The Telegraph, Chicago Tribune, Art News, Modern Painters, Wired, The Village Voice, Harper’s, CBS News and NPR.

Dettmer’s Problem Attic series was featured in the exhibition To Hear and Be Heard, which examines civility through the visual language of fine art. His work encourages us to consider the impact of information we willingly/unwillingly consume daily. In describing the inspiration and process for his work, Dettmer tells us, “Information is the raw material of today. We have an overabundance of text and imagery constantly at our fingertips. In digital media, it is often as fleeting as it is abundant, but when information is put in print we have a stronger sense of its relation to history and its stability for the future. In my work, I question this stability and ask what erasure and loss could look like through the lens of printed matter. Reference books have become almost extinct in less than one generation and we are at a pivotal time in the way we record and distribute facts. Without a stable home to rest in, our agreed truths have been uprooted and are now subject to distortions, erasures, and intentional manipulations. Through a meticulous process of sculptural excavation, I explore the inner contents of vintage books that have often been relegated to collecting dust or headed for a landfill. The work is both archival and anti-archival. It is a creation through consumption, an exposure through erasure. These sculptures break down historic narratives to offer a compression of ideas through a single surface, embracing us with a desire to reconstruct. This abundance of fragmented history reminds us that we are just one part of the bigger picture, as fleeting as the media we create and as permanent as the ideas we surround ourselves with.”

The Problem Attic series revisits a handful of publications of Coronet, a small general interest digest magazine from the 1950’s and 60’s. With Rockwellesque style pin-up covers, semi-salacious short stories, general non-fiction, and advertisements for everything from cigarettes to appliances, the magazine paints a picture of an ideal mid-century suburban lifestyle that is extremely problematic from today’s perspective. Sexism and white male conformity saturate the pages, and unfortunately much of the text and imagery found and revealed echo many of the attitudes and issues still facing us today. Fragmented texts take on new meaning in 2020, as we face the Coronavirus pandemic and issues of sexism and racism in our society. Coronet, meaning small crown, comes from the Latin word “corona”. The title becomes broken and shortened in various forms within these works, creating an undeniable reference to the most pressing subject on our minds today.